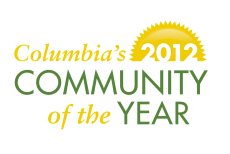 The Sales and Marketing Council of Columbia (SMC), a council of the Home Builders Association of Greater Columbia (HBAGC), held its 24th Annual REGAL Awards Gala on Saturday, February 2, at The Township Auditorium. The gala event celebrates “Real Estates Greatest Achievers & Leaders” in the Greater Columbia area and is the only award of its kind in Columbia. Saluda River Club would like to congratulate all of the 2012 REGAL Award and REGAL Circle winners recognized as Columbia’s top real estate and marketing professionals in new home construction.

Saluda River Club and the marketing firm, Gilbert & Sheppard Group were also awarded 2012 Best Community Website. Congratulations to all of the 2012 winners!