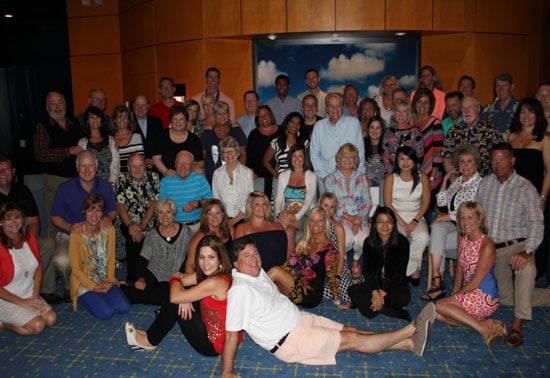 From February 8 – 14, 36 Midlands real estate professionals were invited by Lifestone Homes’ Andy White, the developer of Saluda River Club, to join him and his sales team on a weeklong Royal Caribbean cruise including stops in Grand Cayman, Jamaica and Haiti.

All guests on this incentive tour had met their 2014 sales target at Saluda River Club and Millstream Village. This was the fifth consecutive year for the cruise incentive, and yes, the program will be offered again during 2015!

Tiffany Sobjack, REALTOR® with ERA Wilder Realty at Millstream Village by Lifestone Homes, notes that the ship was not able to dock in Georgetown due to weather, which made the stop in the second port, Falmouth (Jamaica), extra special. 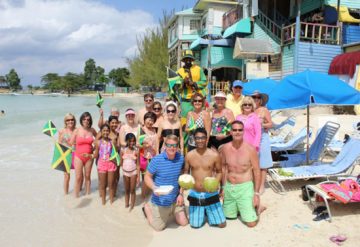 In Jamaica, most of the party chartered a bus and visited a private beach in Montego Bay, where they enjoyed “the best Jerk Chicken ever” and had a great time singing along with the locals on the beach (“Everything’s Gonna Be Alright”).

At the same time, other agents visited the Great House-Good Hope Plantation in Trelawny, Jamaica. The Camerons really enjoyed the island: “The best way to experience the local scene is go out and walk the streets. Hard to believe that this town was once the world’s leading sugar producer” 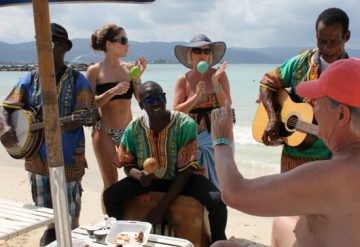 In Labadee, Haiti, many agents enjoyed a day on the beach, sipped on some delicious “Labadoozi’s”, snorkeled or sampled Floating Beach Mats. A few enterprising guests experienced the Dragon’s Breath Flight Line: “The longest zip line over water in the world!”

The amenities on board the cruise ship were fabulous: many enjoyed the luxurious, relaxing spa; watched a fun ice skating show (!) and were entertained by the 80’s Dance Party and The Quest. During the day, guests could sample rock climbing, basketball, volleyball, and FlowRider.

“We had a great time relaxing and making new friends during this cruise,” says Tiffany. “Many of us are already talking about next year’s trip!”

Saluda River Club:
For more information or directions about living in this award-winning master-planned community, please call 803-358-3969 or visit www.saludariverclub.com.